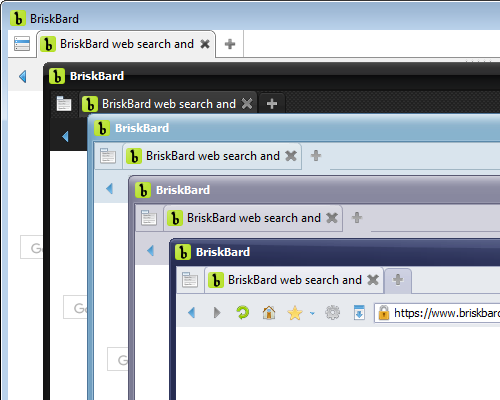 After a long development period, BriskBard now gives you the possibility to choose from tens of visual styles to customize the user interface the way you want. All the images used in buttons, menus, etc. can be easily replaced too with the new "Change appearance" option in the main menu. 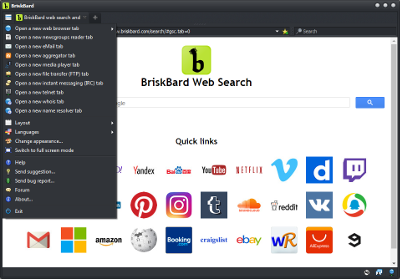 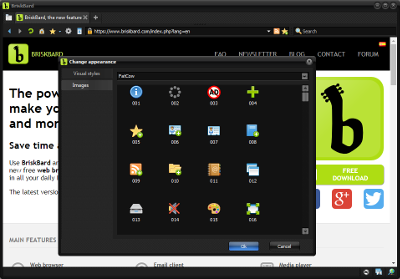 BriskBard includes two image sets : Fugue and FatCow, but you can add your own images by creating a new directory inside %localappdata%\briskbard\imgresources and copying your custom PNG images with the same name that the image you want to replace. After that, BriskBard will allow you to pick your new image set in the selector.

You don't need to replace all the images. BriskBard will use the available images from the Fugue set when an image in another set is missing. Future BriskBard versions will include an image set manager to make it easier to replace, import and export your images.

You can add, remove or edit your custom styles in the %localappdata%\briskbard\styles folder. In this BriskBard version, visual styles are only available in computers using the standard 96 DPI screen configuration but the image sets can be used in all Windows configurations.

This is the full list of new features in BriskBard 1.7.0 :

For more information go to https://www.briskbard.com